James Bridle: The role of the visual

James discusses how he uses visuals to not only show something that hasn't been seen before but to also question why, in societies inundated with images, particular images have never been seen before.

James Bridle is a writer, artist and technologist from London currently living in Athens. James discusses how he uses visuals to not only show something that hasn't been seen before, but to also question why, in societies inundated with images, particular images have never been seen before.

In most cases, whenever you try to tell a story or represent a narrative, it's based on reconstructions of an image or a situation or place that give the viewer a sense of what it is or what happened. Can you talk about what role images have in your work?

For me, it's always an imperative, where possible, to provide some kind of illustration of the story because a) we have quite simple animal brains and it’s easier for us to grasp these things when they're shown to us in that way. Simply, there's a need to kind of imagine it in a particular way and we can imagine it more clearly and therefore think more clearly about it if there's something that we can visualise it with. That seems kind of simple and necessary. With the Seamless Transitions or even with some earlier drone works, there's also an inherent kind of shock in seeing the image that you haven't seen before, that's dual. Because it's like, ‘All right, this thing is real and it exists’, and it brings it home to you in a way that a pure textual or verbal description doesn't quite do. 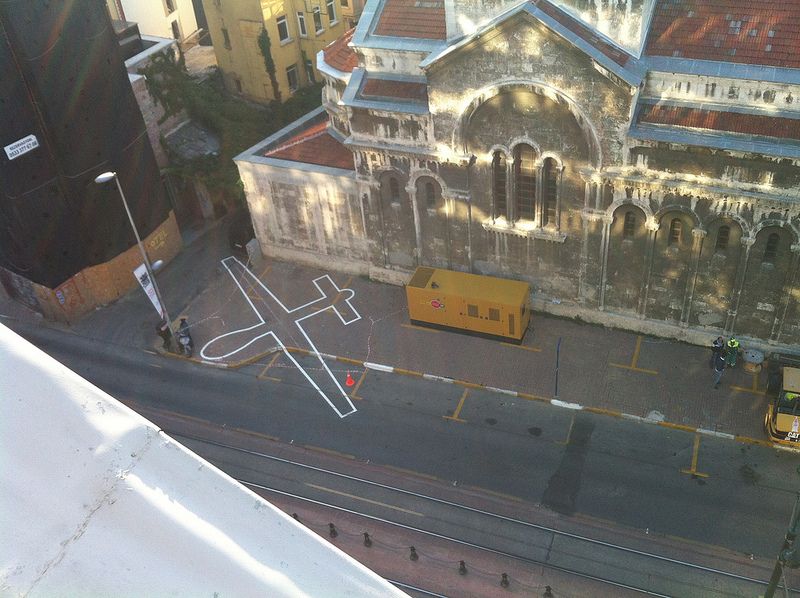 But b) it’s also to ask you the question ‘Why haven't you seen this before?’ Essentially, ‘Why is this thing that's obviously under discussion – why has it remained invisible to me for such a long time?’ Because that immediately opens up, the politics, not just of the image-making, but of everything that's produced it. Because we live a society that's inundated with imagery. That everything is imaged and so much imagery is immediately accessible to us, if not forced upon us. So spotting where imagery has been removed, where there are gaps in that image-making, is a way of finding out what is being hidden, what's being avoided, or what's not being said. Because we live in a state where if something is not being visualised, there's usually a reason for that because everything is visualised almost by default now.

I think, for me, a lot of the images of the actual effects of these things are kind of known to us. We see images of terrible things happening all of the time. And a lot of those images have lost their power. Not necessarily because people don't have empathy towards them in some way, but because they're stressful and traumatic and it's difficult for people to continuously respond emotionally to things like that. When presented over and over again with the terrible consequences of such things, it's natural for us to have a reserve and protect ourselves by not fully engaging with them, and also to distance ourselves from them. To say, ‘Okay, that is happening, but it's happening far away, or it's happening to other people, or it's happening outside my control and there's nothing I can do about it, so why would I allow myself to be traumatised and involved with this thing?’

By talking about something in terms of the systems and networks that produce it, you bring it back home again and make it about something that people do connect with and are engaged with all of the time. So you can talk about immigration and migration as something that happens to other people, but everyone goes through airports. They understand that the airport system is something they do interact with and something they are connected with. Or you can talk about drone strikes and you talk about the distant villages in which they happen, and again it's important to do that, but it's also important to point out the areas in which we're complicit. So to use Instagram for my ‘Dronestagram’ project, a network that everyone does use every day, to point out the connections of that system to what's occurring as well, to allow people another space to think about it. 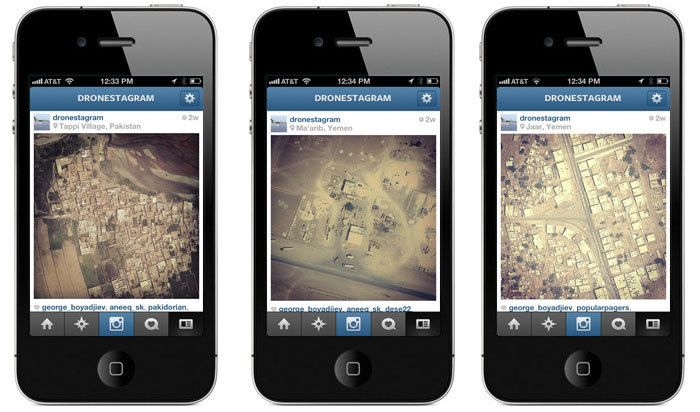 Dronestagram, Posting the landscapes of drone strikes to Instagram, by James Bridle

How important for you is presenting intangible things as objects in a public space and making them physical? You have been known for being convinced that we will give up on books and go completely electronic with ebooks. Yet when you learn that your Apple phone is spying on you, you produced a book, a big, physical object. There is something that you value about physical presentation. What is it and how does it work?

Projects have taken various forms in terms of making installations in very public space in the street, or producing physical books out of data. For a long time, a lot of my work was simply that. Printing out chunks of the internet in these physical forms. Each of those, essentially, they're not really about the internet or the technology, or the physical form. What they're interested in doing is using that transition as something useful, understanding how mediating between those forms will actually teach you something. So, taking the data and giving it a physical form activates a fairly solid bit of the human brain that's capable of measuring physical stuff. So, if you want to talk about the volume of something intangible, the easiest way to do that is to make it tangible and kind of addressable, because people understand that very simply. But at the same time, projects around these large installations in public space are seen by far more people online than in real life. I draw a 30 metre diagram on the ground with thick lines of white paint in order to photograph it digitally and put it online. The sense of the scale is still there, but the encounter with it can happen in any number of ways, and the dissemination of those works even with the books, far more people have seen them online than they ever have seen in the gallery. So really what's happening is this constant back and forth across the boundary of the digital and the physical, the visible and invisible, in order to illuminate both of them. 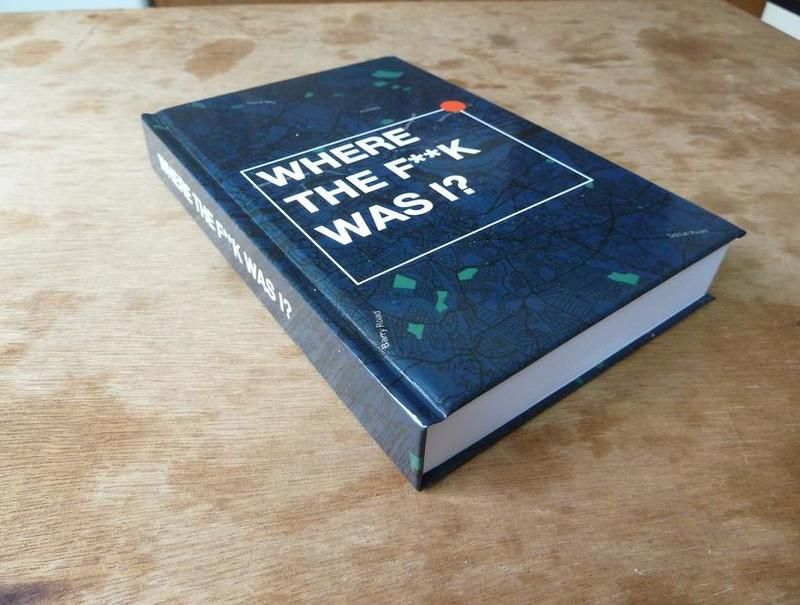 The data in this book was retrieved from the consolidated.db file of James Bridle’s iPhone from June 2010 to April 2011. This information was recorded anonymously without the user’s knowledge, and represents the device’s own record of its location.  Where the f**k was I? is made up of 202 maps based on James's movements over the past year. Read more about this project here and see more images of the book here.