A tool that enables users to see real-time information about thousands of aircraft around the world.

Flightradar24 is a flight-tracking tool that enables users to see real-time information about thousands of aircrafts around the world. What is now the world's most popular and comprehensive air traffic tracking tool was once just a hobby for two aviation enthusiasts from Sweden. The website started in 2006 and now has approximately 60% of the world's flights covered, and this number is growing.

Flights are tracked using devices called receivers which picks up the signals of the aircraft. The group has installed several all over the world - in fact, in 2015 they installed the first ever receiver in Antarctica. In the coming years the website plans on getting 100% coverage of the Earth. Exposing the Invisible emailed with the Media and Community Relations of Flightradar24 on how they hope to achieve that goal and they wrote "our goal remains global coverage. We're currently investigating a number of ways to achieve that goal." They hope to get coverage even over the worlds deepest oceans. This, it plans to do, by placing trackers on buoys in the ocean.

Flightradar24 is used by aviation enthusiasts and planespotters (search for #flightradar24 on Twitter if you want to see a glimpse into this world) but the service is also used by the activist community for a number of investigations on corruption and abuses of power. Last year Flightradar24 was used by the Associated Press to track the FBI's spy planes flying over the US uncovering details of their aviation programme. James Bridle for his project

Watch our video with James talking about Seamless Transitions here. 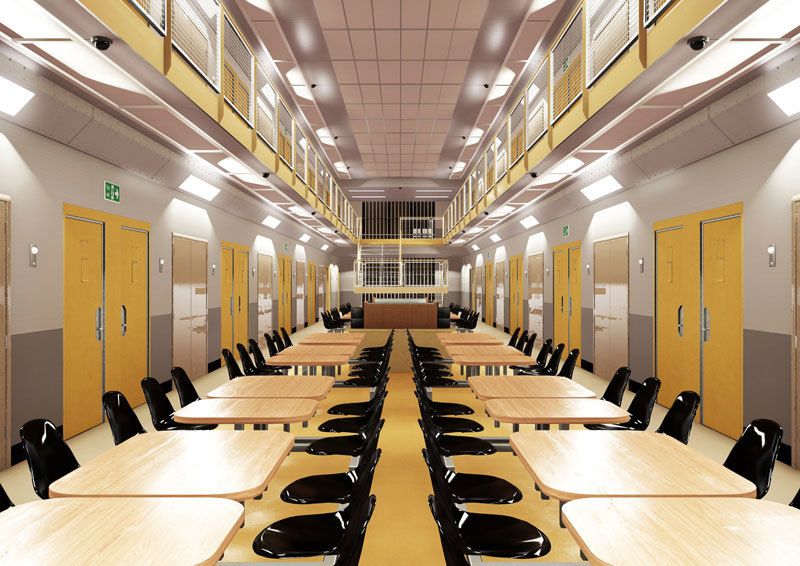 Seamless Transitions used Flightradar24 to find information around the UK immigration system, as he told Exposing the Invisible earlier in the year:

“I was reading a report in the newspaper about a deportation, about someone in the UK who'd overstayed their visa and was deported, and there were these strange details of the story that caught my eye. It turns out that the story, in fact, if you start reading stories about immigration, is not that unusual. But it was someone who'd overstayed their visa and they were being deported, and in order to get them out of the country because they were proving to be a political nuisance, they were actually placed aboard a private jet, the kind of thing that usually flies celebrities and footballers around, and rushed out of the country.

It only became news because the flight was refused entry to Nigerian airspace, where it was headed and went on this kind of insane 24-hour journey around Europe. But the reports I was reading about it seemed very slim and I realised that all the tools that I use every day could tell me more about this story. So I started digging into it and I looked through these flight records, which are very easily accessible on the internet. I looked at the websites of plane spotters. These things which aren't traditionally the tools of investigative journalism but are now really just there on peoples webpages, for anyone to look at.”

Plane spotting websites were also used in 2007, when Tunisian blogger Astrubal came across several images of the Tunisian presidential plane on a planespotting website, taken between 2001 and 2007. Astrubal cross-referenced the planes sightings against government reports of the President's official travel. His efforts revealed that most of the presidential plane trips had been unreported. Astrubal wrote on his blog as reported on Global Voices:

“Tunisians know that their president does not make many official trips. However, the destinations of the presidential plane include, but are not limited to, Malaga, Malta, Geneva, and Madrid (sometimes for a period that strongly resembles that of a weekend shopping trip). Were these trips for private purposes? In that case, isn't the use of the presidential plane an abuse of power?” 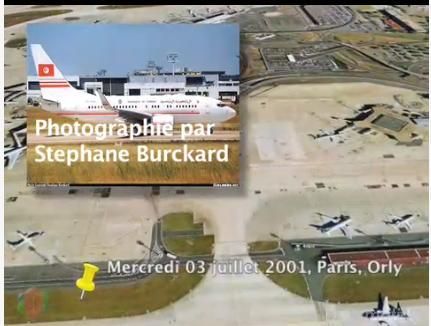 It is the most comprehensive resource to track live air traffic as thousands of aircrafts move around the world.

But watch out for

This is live-tracking, meaning that flights can be followed as they happen but the service does not provide a historical record of flights. However users can see up to seven days of aircraft data. There are also a number of privacy concerns associated with Flightradar24 which you can read about below in the privacy section of this tool review. FlightRadar24 also informed us that: "We'll be releasing a new version of the site very soon that will offer expanded access to historical data. Detailed information will be available on our blog as soon we launch the site, but certain premium accounts with have access to a year's worth of historical data. A final note, due to some technological restrictions, historical data is limited to our web version and is not available in our apps at this time."

How do you use it?

Go to the website www.flightradar24.com and immediately you will see hundreds, sometimes thousands, of yellow planes moving around the globe. By zooming into a specific location users can focus in on a particular region of interest. When looking for a particular flight number, airline, airport or city – use the search function. You can also see up to a weeks flight history through the flight history database.

Planes generated from real-time data are yellow and planes generated from data from the Federal Aviation Administration (FAA) are coloured orange as this data comes with a slight delay of up to 5 minutes due to FAA regulations. The FAA provides full coverages of the airspace above the US and Canada.

Alternatively one could search for the tail number of the aircraft. Imagine you see an aircraft at an airport and would like to track its subsequent locations. You could make a note of its identification number and follow its flight path on Flightradar24. Similar to a car's license plate – every plane has a unique identifying combination of letters and numbers that have to be displayed on the outside of every plane, most frequently on the plane's tail. Here you can find a list of aircraft registration prefixes. 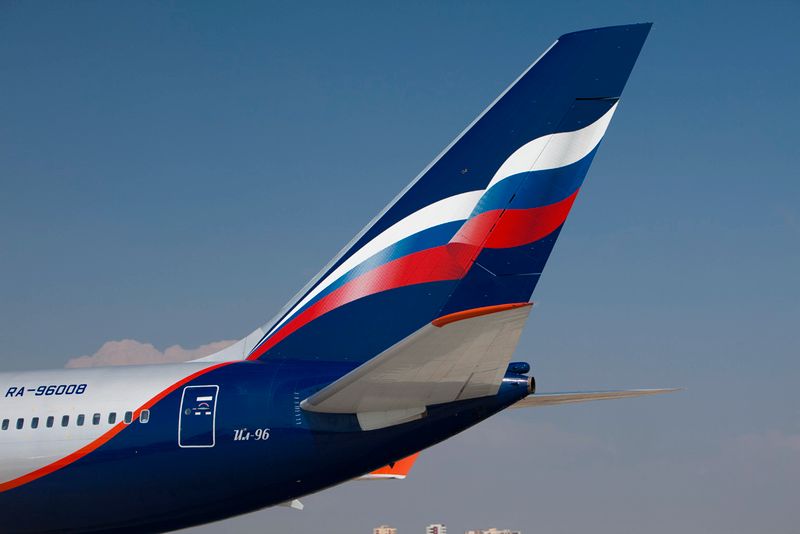 On the website there is a section called '[Pinned flights (https://www.flightradar24.com/data/pinned/)' which are flights that have been selected by Flightradar24 as being of special interest that you can watch the flight playback. Currently there are 12 flights in this category that feature planes that have crashed, disappeared or were flights of particular interest such as the flight that carried that winners of the World Cup 2014 from Brazil to Germany. \ 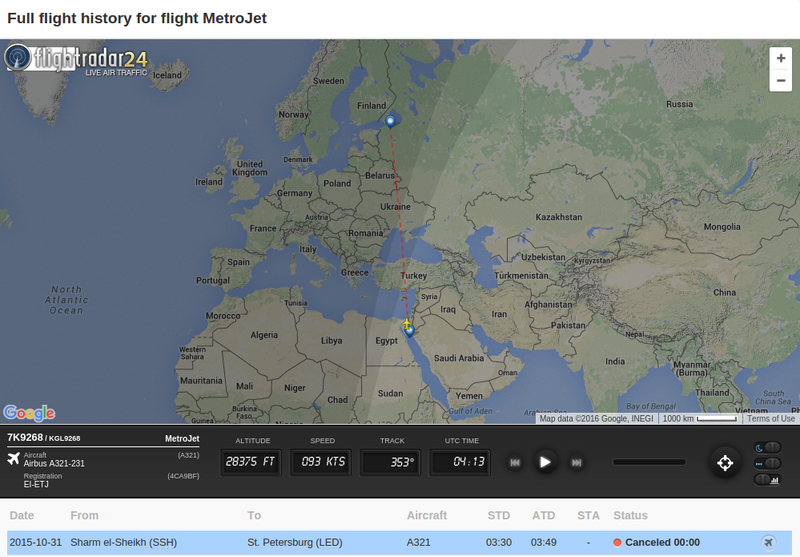 In the image above you'll see a screenshot of the Metrojet flight 7K9268 crash in Egypt that was flying from Sharm el-Sheikh to St. Petersburg on 31 October 2015. Courtesy of Flightradar24.com.

Do I need to be on the internet to use it?

Yes, you must be online to use it. It can be viewed on a desktop or through their app available on both iPhone and Android mobile phones.

How do you get data into it?

They gather aircraft data in two ways. Firstly they use ADS-B transponders that are equipped on roughly 60% of all passenger aircraft. Secondly in 2009 they opened up their network to allow anyone with an ADS-B receiver to upload data to Flightradar24's network. ADS-B stands for Automatic Dependent Surveillance – Broadcast, this technology uses satellites to determine its position and periodically broadcasts it which enables the aircraft to be tracked. For more information about ADS-B see here or here. FlightRadar24 also published a piece entitled From Plane to Screen - How Raw Data Becomes Flightradar 24 that details this process along with descriptive diagrams. 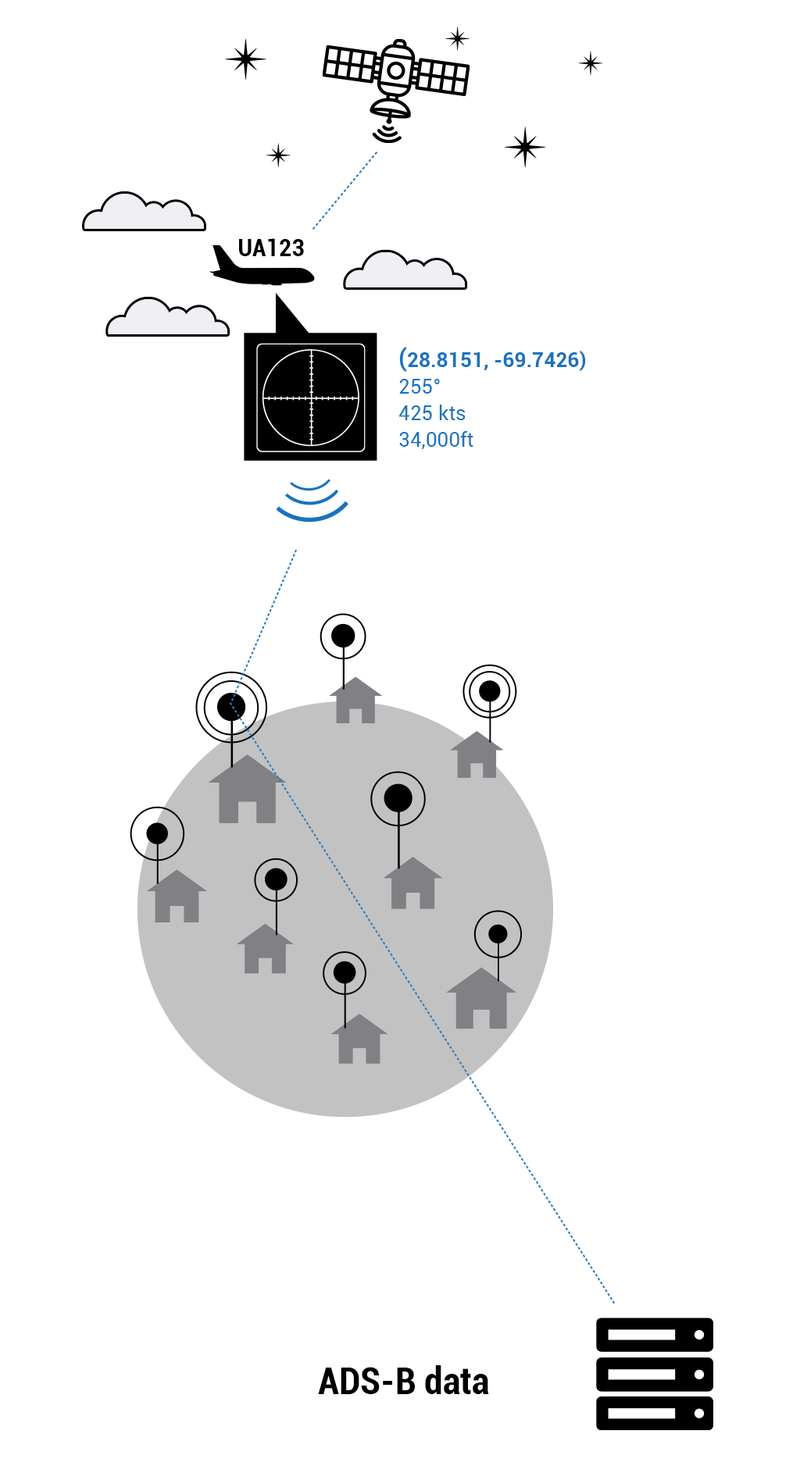 Diagram of how gathering ADS-B data works. Courtesy of Flightradar24.

Flightradar24 operates, as claimed on their website “ the world’s largest network of ADS-B receivers, with several thousand aviation professionals and enthusiasts uploading data.” They have a network of 7,000 receivers around the world and are constantly looking for more people to contribute data to them to increase their global coverage. On their website they invite plane enthusiasts to apply for a receiver or give detailed instructions on how to build their own.

The website has around 25 million users each month accessing this data. As far as Exposing the Invisible can tell, Flightradar24 makes most of its revenue through ad sales (approximately 100,000 US dollars a month as calculated by the website evaluation tool Webuka and premium accounts. The website therefore has multiple trackers associated to it that are constantly tracking users however the privacy policy of the website states that they do not share information with third-parties. On the plus side Flightradar24 does have HTTPS enabled and does allow for anonymous access through the Tor browser. Stated by the Media and Community Relations "our revenue comes through a mixture of ad revenue, Premium account sales, and other areas like purchased data."

There is also a number of privacy implications and important questions raised by the fact that Flightradar24, a website created ten years ago by two Swedish hobbyists, now holds all of the world's flight tracking data on a closed source website. This website is so widely used that when the Malaysia Airlines Flight 17 disappeared, Flightradar24 was the go to place for up-to-date information. A recent article for Aviation Weekly touches on this issue with their article “Can surveillance be crowd-sourced." As they continue their quest for global coverage this website will carry on being a useful resource for investigators. However questions of who owns this data and who has access to it will become more significant as their coverage continues to expand.