Public contracting can be a tool for economic and social development, as well as tackling inequality, poverty and other global issues. But this trillion-dollar market is often poorly managed and highly vulnerable to corruption. Exposing these dynamics and the systems that enable them is vital to building a better future.

The webinar series "Scrutinizing public contracting" will bring together procurement monitors and investigators from a variety of disciplines to exchange ideas on what inspires civic actors to dig into public contracting, what works and what doesn’t, and how findings can lead to actionable change.

During the kickoff session community leaders, researchers and educators will discuss different approaches to uncover corruption and wasteful spending, and how they are working to get systemic problems fixed.

The session will cover:

Join us to start a conversation that we hope will become a regular channel for sharing new ideas, new collaborations and new citizen-focused resources with practical advice and inspiration to investigate the world’s biggest public marketplace.

Governments spend huge sums on buying goods, services and works. They hire businesses to build hospitals, supply water to our homes, and run public transport. Known as public contracting, the documents and data created throughout this process are a treasure trove of information on how governments spend public funds in ways that affect society and our well-being.

Thanks to advances in technology and civic campaigning, there is now more information about these deals in the public domain than ever before. A growing number of citizen and civil society-led procurement monitoring ventures around the globe are using this information to answer meaningful questions, such as:

Orsolya Vincze holds a JD degree from Eötvös Loránd University in 2006. She has worked as an editor of a journal for social sciences and joined K-Monitor’s staff in 2011. 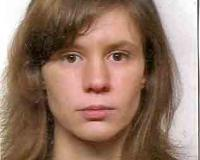 César is an investigator and project coordinator at TI’s national chapter in Guatemala Acción Ciudadana. He has a degree in Sociology from the University of San Carlos, Guatemala and studied investigating with vulnerable populations at Penn State. 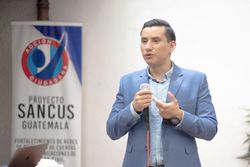 David is an anti-corruption activist, community organizer, researcher, and Ashoka Fellow from Paraguay. At age 17, he founded reAcción, an innovation and community-centered anti-corruption organization which he has led as Executive Director ever since. He has led the reform of national policies related to public procurement and investment in education contributing to a five-fold increase in the correct use of funds for school infrastructure in his home city. He led the development of Paraguay’s Healthcare Ministry’s official open data tool. David is currently a member of Paraguay’s National Innovation Team and a former board member of the World Youth Movement for Democracy. He has a Masters in International Development from The London School of Economics as a Chevening Scholar. 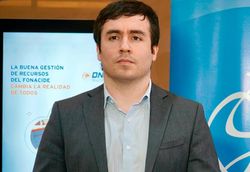 Didar Smagulov is the founder and executive director of Kazakh civil society organization Adildik Zholy. He has a track-record of curbing wasteful spending during the five years he worked as a civil servant, holding roles in several anti-corruption offices and in the education sector eliminating bribery in university admissions.

The event is facilitated by:

The Open Contracting Partnership is an independent non-profit public charity collaboration across governments, businesses, civil society, and technologists to open up and transform government contracting worldwide. Bringing open data and open government together, Open Contracting Partnership aims to ensure public money is spent openly, fairly and effectively on public contracts, the single biggest item of spending by most governments and the number one corruption risk.

The SEEK Initiative is an international alliance of nonprofit organizations who have decades of experience in supporting impact-focused investigations by civil society.