Global warming is not only about melting icebergs or expanding deserts, it happens in our backyard as well. It is actually not about global warming anymore, but about local warming. Join this webinar with Ornaldo Gjergji, Data Analyst & Data Journalist at OBC Transeuropa, to learn how they developed the Glocal Climate Change dashboard to analyse temperature data for more than 100,000 European municipalities in 35 countries, and how this work can help narrate global phenomena at local level.

A recent "Glocal Climate Change" data investigation by the European Data Journalism Network shows that climate change - as every global phenomenon - has its local impact, and now it is tangibly affecting every corner of Europe.

Climate change is increasingly under the spotlight of mass-media, considering it as one of the greatest challenges humanity is going to face in the following years. Yet, because of its global impact, much of the information around temperature change is generated by referring to macro areas if not global temperatures. Thanks to some open data from Copernicus - European Union's Earth observation programme - and from the European Space Agency, it is possible to overcome this constraint when it comes to data for Europe, and to “localize” the impact of climate change.

In this session Ornaldo Gjergji will show how the Glocal Climate Change dashboard can -effectively- be used to narrate global phenomena at the local level, to make the public relate their everyday experience with events happening worldwide. He will explain the rationale behind the choices made during the development of the dashboard - from the data collection, the scope of the analysis and its methodology, to the visual narrative adopted and the relevance of the comparisons among different territorial levels. 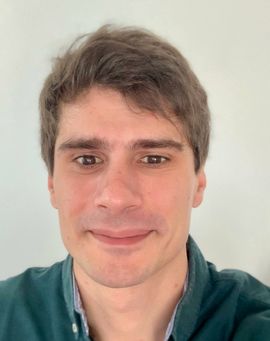 Ornaldo works as a data analyst for media and NGOs. His main interest consists in making open data accessible to the many, either by supporting the development of online tools that make it easier to consult and reuse open data, or by directly supporting the work of journalists in bringing to life data-driven investigations that can shed some light on issues of public interest and relevance.


This event is part of the CIJI project co-funded by the European Commission under the Pilot Project: "Supporting investigative journalism and media freedom in the EU" (DG CONNECT).