Investigative journalist Paul Radu introduces himself and his work of tracking organised crime across borders.

Paul Radu is a Romanian journalist and lifelong advocate for information activism. He works with the RISE project and the Organized Crime and Corruption Reporting Project (OCCRP), both of which use investigative reporting to expose corruption and wrongdoing in Eastern Europe. This is Paul’s story.

Paul, you’ve been described as being only one degree of separation away from anyone on the planet, but how would you introduce yourself?

Where are you from in Romania?

How did you first become interested in investigative reporting? 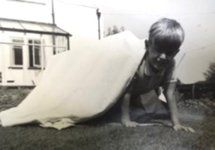 When I was in High School I read a lot of travel books, which made me want to travel myself. Then I started reading about investigative editors and their experiences, in the USA and other countries. I figured that being an investigative reporter could not only satisfy your curiosity, but also give you an opportunity to travel and meet people. That is how it all started. While I was at university in Timisoara, I started working for a local newspaper. It was an interesting experience: I had no background in investigative reporting, but they asked me to do an investigation a week anyway – which was obviously impossible!

What drew you to report on organised crime and start investigating across borders?

I started investigating very small local cases, but I realised that I needed to expand even these investigations to the wider region in order to put the pieces of the puzzle together. For example, there were some mobsters operating in Timisoara, but they were from Syria and I wanted to know more about their background: how did they end up in this part of Romania and get involved in cigarette smuggling?

I was really curious to understand the background of these stories, and I was reading about various networks that existed across the globe. This was in very early 90s, so there wasn’t yet much information available about these networks. In Timisoara, the internet was just starting; I did not have my own computer.

I think the most important factor was that throughout the 1980s and the early 1990s, I read a lot.

When I was in fifth or sixth grade, I read a lot of science fiction, and I started writing short stories about natural catastrophes, pollution, and the like... I became interested in this kind of global issue, and I would read more about them, seeking out books and all sorts of publications.

In High School and university, I was always trying to establish literary clubs with colleagues. We would debate philosophical ideas around books. Those simple discussions would go on for hours! But when you get into this kind of writing, you realise that books are not enough. You need to go beyond books. You need to travel yourself.

I started backpacking a lot. After I graduated from university, I moved to Bucharest. I was already writing for Bucharest-based newspapers, and when I moved there I was assigned investigative work and also asked to cover criminal affairs. I always found the time to go a little bit deeper than the daily coverage, because I realised that those stories were part of something much bigger. So I started thinking about going abroad to study in order to learn a bit more.

What and where was your first investigative experience abroad?

First I went to a journalism post-university study programme in Slovakia. It was interesting, not so much from the schooling point of view, but because I was sharing a flat with a man from Latvia, a man from Hungary and a Slovak we’d met in a bar, who had offered us rooms in his flat because he liked our lifestyles (and because we had been drinking together of course)!

\ \ It was a good experience being with these people, because we were all from the same region, even though we didn’t know much about each other’s countries, the politics and so on. For example, I wasn’t aware that there were problems with the members of the former communist regime in Slovakia very similar to those that existed in Romania. We wanted to create a regional centre for investigative reporting – that never happened, but that was when I decided, “actually, we must create such a centre”. I imagined building smaller groups at first, and then bigger structures that would allow information to flow freely across borders.

\ One of my first investigations was about the way that the Slovakian secret service cooperated with the Romanian secret service against the so-called “Hungarian threat”, that is, ethnically Hungarian people in Romania and Slovakia. Of course, it was just nationalistic rubbish: people who had been connected to the former communist regimes in these two countries were conspiring together. I managed to get hold of the records and that became one of the first cross-border investigative stories that I published. It worked because I was able to get in touch with reporters in Slovakia and work with them.

I worked in a newsroom in San Antonio, Texas. That was a very good experience, because the investigative team was very small and I worked with three other journalists who were excellent investigative reporters. However, I was better than they were at obtaining information: for me, information had always been very hard to get hold of, whereas in the USA it was comparatively easy (by my standards).

That was when I realised the need for in-depth research in investigative reporting. There was a researcher employed in that newsroom, who had access to lots of databases. These databases could track down companies, individuals, criminal records, court cases... back then we could even have used the license plate numbers of cars to find their owners’ details.

Since 9/11 it’s all changed, but at that time it was easy to get this kind of information. However, I noticed that the journalists very rarely went to see this researcher, and only ever with specific requests, which meant that the researcher would discover and deliver just the information the reporters asked for. But the availability of all these data meant that research could have been providing many more stories, if the reporters had insisted on the need to look at them in depth.

Realising that there was a wealth of information there, I asked the researcher to give me the passwords to all the databases. I would go home after work and search; for example, looking for people from Romania that were in hiding. There was a Romanian banker who was involved in a big fraud, and I managed to track him down in the US – I was able to pinpoint his address. This led to a big investigation here in Romania, and the Romanian police asked for him to be extradited.

You could be living anywhere you want but you have decided to stay in Bucharest. Why?

\ This is a good place for me because my fellow investigative reporters, the people I have been working with at the Rise Project, are here. What’s more, the Organised Crime and Corruption Reporting Project covers mostly Eastern Europe, and from here we are able to see the regional game. Finally, working with journalists here allows us to develop capacity locally.