There is value in trying your best to investigate with transparent methods, in the open. There is value in constantly exploring new ways of showing evidence, telling stories and expanding the impact of your investigations. Watch Jim Mintz talk about investigating in the sunshine, and Nuria Tesón telling inspiring stories about shining a light on dark topics. 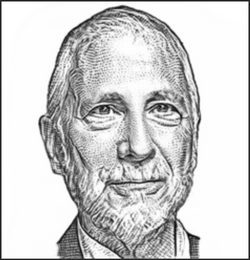 Jim Mintz has been digging into wrongdoing for 40 years. He was first a freelance reporter, then became a private investigator and founded MinzGroup and then professor of investigative reporting at Columbia Journalism School’s Stabile Program. His foundation, Dig Lab, is a part of the emerging Seek Initiative that is building a movement of citizen investigators. Jim helped create a game in the public interest (it’s free) called Kleptocrat: How to Hide Dirty Money, which helps people practice ways to recognize and bust corruption and money laundering. 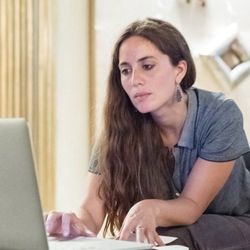 Nuria Tesón is an independent multimedia journalist and writer, co-founder of the MásTesón collective. She is based in the Middle East where she covered the most newsworthy events of the region for the past 12 years. She has investigated among others: the trail of mercenaries in Libya during the war, the activities of fighters being trained by the Libyan militias in the following years as well as the Al Qaeda infiltration in the East of Libya; the connections between terrorist attackers of the March 2004 Madrid train bombings with Spanish foreign fighters in Syria; fracking; political corruption in Spain and Romania; the destruction of native rainforest in Brazil's Amazon basin and its impact on the local communities. Her work has been featured in Time, CNN, Al Jazeera, AJ+, The New York Times, France 24, El País, and Le Monde among others, and exhibited on several continents. She collaborates with universities, institutions and private entities creating content for seminars, workshops, exhibitions and performances around journalism, conflict zone coverage, the use of Art and Journalism to achieve structural changes, media and conflict, coverages with a gender perspective. Since 2018 she is an 'Aspen Young European Leaders' Fellow.