How To Deal With Disinformation During War. An investigative and fact-checking perspective

Both the COVID-19 pandemic and the ongoing war in Ukraine have seen a rise in disinformation, with false narratives increasingly spreading via the internet and social media channels.

In this webinar, we hear about different strategies for dealing with disinformation during war, from the perspective of investigative journalist Anna Gielewska and fact-checker Ilya Ber. They discuss how to increase the impact of fact-checking, and how to reach an optimal collaboration between fact-checking organizations and journalists/media outlets.

From the fact-checking side, Ilya Ber speaks about: 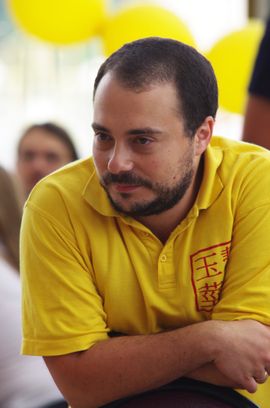 Ilya Ber was born and lived in Moscow; he is now based in Tallinn. He graduated from the Russian State University on Humanities as a historian and worked for 15 years as TV-editor for Russian quiz-shows (10 years as editor-in-chief for ‘How To Be A Millionaire’). At the same time he worked in journalism for BBC Russian Service, RIA Novosti and other media outlets. In 2020 he was an author and presenter in the weekly fact-checking section Provereno on the international RTVi TV channel. The same year 2020 he launched Provereno.media, a non-profit fact-checking project for the Russian speaking internet community. Now he works as an editor-in-chief for Provereno and as fact-checker for Delfi.ee. 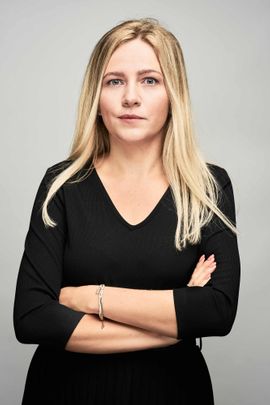 Anna Gielewska is a vice-chairman of the Reporters Foundation, the first Polish investigative nonprofit. She is co-founder of frontstory.pl and vsquare.org, a regional cross-border network in Central Europe. She specializes in investigating disinformation operations. As a John S. Knight Fellow at Stanford University (2019/20), she developed a project on countering organized disinformation through strengthening cross-functional collaborations. Previously she covered politics for leading newspapers in Poland. 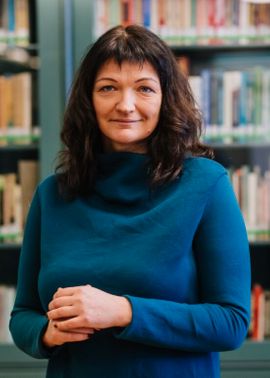 Sanita Jemberga has worked in the press and television since 1996. After a brief stint at the European Commission, Sanita returned to journalism in 2014 and now serves as the executive director and editor at The Baltic Center for Investigative Journalism Re:Baltica. She used to head Latvian Journalists Association and represents Latvia at UNESCO’s International Programme for the Development of Communication. She regularly teaches investigative journalism, newsroom management and other subjects with OSCE, UNESCO, SSE Riga, Thomson Reuters Foundation and others. When she has time, Sanita scripts documentaries.