Collaboration can save your life, or uncover a great deal 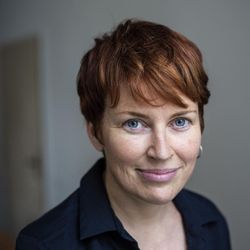 Based in Prague, Pavla Holcová is a regional editor for Central Europe with the Organized Crime and Corruption Reporting Project (OCCRP). She is an investigative journalist and founder of independent investigative center investigace.cz in the Czech Republic. She has contributed to major cross-border projects such as the Panama Papers, the Paradise Papers, the Russian Laundromat, and the Azerbaijani Laundromat. Together with her colleague Ján Kuciak, she exposed ties between the Slovak government and Italian mafia. She has also investigated massive illegal arms sales to Syria during the war, explored links between the global cocaine trade and Balkan organized crime groups, and identified illegal real-estate investments by politicians. In November 2016, Pavla was selected among a hundred New Europe changemakers and a hundred people changing Central and Eastern Europe for the better. In 2018, she was selected for the European Young Leaders initiative.

Megha Rajagopalan is senior correspondent for BuzzFeed News in London. She has reported from 23 countries in Asia and the Middle East on stories ranging from the North Korean nuclear crisis to the peace process in Afghanistan. Previously, she spent six years as a correspondent in China for Reuters and BuzzFeed News. Her most recent work has focused on documenting the scope and impacts of China's system of mass detention for Muslim minorities in its Xinjiang region, and her team's series on the subject, which used geospatial analysis, architectural modelling and dozens of interviews, won the 2021 Pulitzer Prize for International Reporting among other distinctions.