The Global Investigative Journalism Network (GIJN) has been developing a massive list of online resources about investigation methods, tools and cases - and they are open to everyone, not just journalists. This article explores some of GIJN's learning and collaboration resources and expert tips that are essential for anyone looking to expand their knowledge and connect with other investigators around the world.

This article provides a snapshot from Anne Koch and Rowan Philp's session “Learning from the Best: Resources for every investigator” at the Investigation is Collaboration conference organised by Exposing the Invisible Project on 2-6 August 2021.

As a reporter for the Global Investigative Journalism Network, an international association of investigative reporting organizations and a resource hub for investigators of all stripes, Rowan Philp has an enviable job.

“I go around to the world’s best investigative journalists, twist their arms to get them to tell me how they pulled off their major stories, and identify which techniques are transferable to reporters in other countries,” Philp explains. In other words, he investigates the investigators and reports on the reporters, and, in the process, unearths some of the most innovative tricks of the trade.

With countless muckraking methods and digital tools emerging every week, it can be difficult to keep up for new investigators. But after speaking to reporters from Peru to Russia over the past few years, Rowan Philp recommends the following tips and methods, which are often low-tech or no-tech at all.


1. To grab a sources’s attention, bring a folder or phone a friend overseas

Getting “cold” sources (i.e. people who don’t expect you showing up or calling) to speak to you is a common challenge for even the most seasoned investigators. But a conversation with The New York Times’s Ross Buettner tipped Philp off to a simple trick: carry a thick folder (binder) under your arm. On a subconscious level, the sight of a voluminous file under a reporter’s arm implies that the reporter knows most of the facts already and is only seeking verification or an extra fact or two. This often gives the impression that the story is not really about the subject whom the reporter is hoping to interview. And the folder... should contain serious research on the topic not random papers.

Philp has also heard investigators have luck getting nervous officials or elusive interviewees to talk by asking a foreign colleague to call them. For some reason, officials often respond to overseas investigators more readily than domestic ones.

Another tip is to question an official’s decision that is not in question. “Righteous indignation can draw even bad actors to the interview.”

“Sometimes, the best stuff is the stuff right in front of us, the Google search bar or Twitter advanced search,” Philp says. “You just have to know how to use it.”

Many people think too literally when querying search engines. For example, when searching DuckDuckGo, Bing, Yahoo, Google or other search engines for a particular map, many people will include the word “map” in their search, even though that word usually doesn’t appear in the results. Instead, try “scale,” or something that would actually appear on a map.

“For better or worse, it’s increasingly clear that video has an outsized impact in getting your investigation in front of eyeballs and moving the needle in terms of accountability,” admits Philp. When Russian opposition politician and activist Alexei Navalny was arrested by the government and his group, the Anti-Corruption Foundation, was banned, his collaborators released a video documentary on YouTube that quickly amassed over 118 million views. The bottom line: video sharing is a powerful platform, and the era of impact through text may be waning, at least in situations when urgent actual and reaction is needed.

Today’s investigators have an impressive suite of tools at their disposal. Some are open-source and free to use, while others cost money to subscribe to. Some reporters don’t think twice about using certain tools, while ethically questionable to others. But whatever the task, chances are there’s a piece of software or investigative method to get the job done. 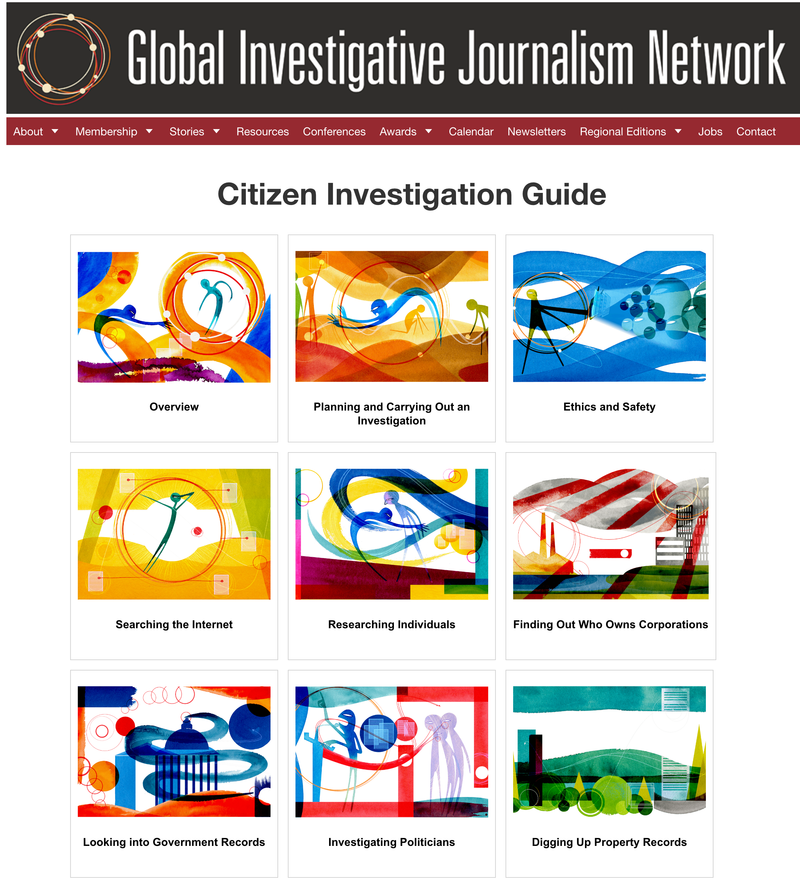 GIJN has also published a toolkit for citizen investigators - https://gijn.org/citizen-investigation-guide/ - which aims to help non-journalists investigate even more. The toolkit details the techniques and tools used by investigative journalists.


5. Pretend you’re not living in an autocracy

Where it’s safe to do so, investigators in autocracies should report as if institutions of justice and accountability in their country work. This has an effect on both reporters and their subjects. “This pretense prevents self-censorship, embarrasses corrupt officials, and reminds repressed audiences that they deserve better,” says Philp.

Or, as editor Nic Dawes puts it: “One of the ways you keep the democratic imagination alive . . . is to act as if it’s a democracy.”

For more on this, check out GIJN’s “Why Journalists in Autocracies Should Report as if They’re in a Democracy.”

In addition to these masterful tools and methods, the one thing that Philp has learned above all is: “Investigative journalists are awesome!” He’s heard from editors of the INK Center for Investigative Journalism in Botswana who took a severe pay cut to pay for one satellite image proving government corruption. He’s learned from investigators at Bellingcat  and The Insider who took just three months to identify the people responsible for the chemical weapons attack on a senior Russian opposition politician - when not a single law enforcement agency in the world dared to do so.

“At the end of the day, anyone who can responsibly and ethically collect strong evidence should be given the same kind of respect as big newsrooms,” says GIJN Program Director Anne Koch.


*Anne Koch is the Program Director of the Global Investigative Journalism Network (GIJN). She worked as a broadcast journalist and executive for more than 20 years, mostly for the BBC, before becoming a director at anti-corruption NGO Transparency International (TI), overseeing nearly 50 independent TI chapters in Europe and Central Asia. During her award-winning career in BBC journalism Anne was deputy director of the English World Service, executive editor of the BBC’s flagship radio news and current affairs programs and editor of the World Tonight. She has produced or edited over a hundred documentaries and worked as a producer on BBC Radio 4’s investigative journalism program File on Four.

*Rowan Philp is a reporter for GIJN. He was formerly chief reporter for South Africa’s Sunday Times. As a foreign correspondent, he has reported on news, politics, corruption, and conflict from more than two dozen countries around the world.