Are You Listening? Basics of Investigating (with) Sound

This article is an introductory journey intended for anyone with an interest in listening – yes, that’s right, listening NOT hearing – and possibly using sound as evidence when researching and investigating various aspects of the surrounding environment.

Let's start with a listening exercise 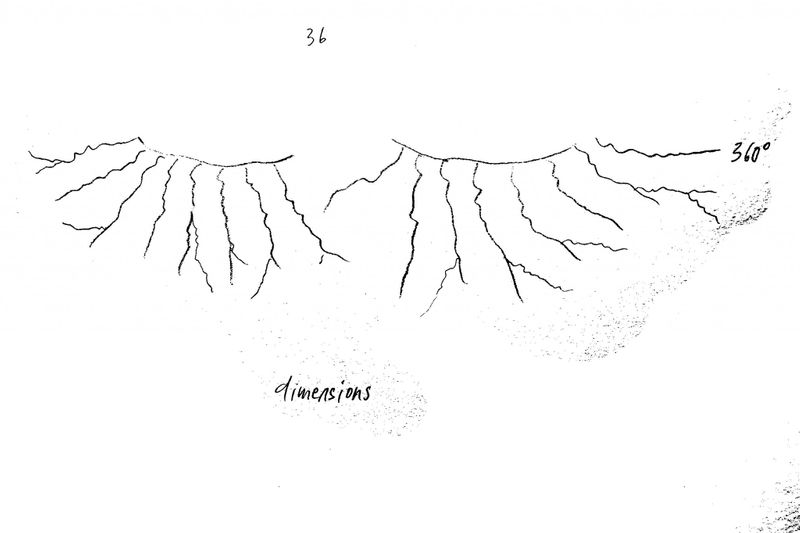 Sound is everywhere on earth. Human hearing is a unique capacity, distinct from our other senses. Listening is the capacity to translate what we hear to the brain or, as musician Pauline Oliveros says, to consciousness.

Listening is different from Hearing. While we hear all the time (except the deaf), listening involves a higher attention investment and voluntary energy to focus, with a purpose and a meaning. Listening is a crucial use of our hearing capacity in investigations. The sound we hear can tell a different story than visuals or written words. Sound can be listened to under different circumstances, whether driving or walking or washing dishes. Sound is not only what we can hear, it exists in a much wider spectrum of sound waves. Sound is also data, information and evidence.

Because of this unique space occupied by sound, it is an effective, albeit often overlooked, element of investigation. Sound can serve as an important method for gathering evidence, or a vehicle for conveying your findings to a receptive audience.

So, how exactly can you incorporate sound into your investigations?

The potential of sound: cases to inspire you

There are so many examples of the use of sound in investigation. Even when not intentionally recorded, sound can be used to analyse key evidence.

Sound can help tell stories of empathy and understanding, especially with more abstract topics. For example:

To get a detailed sense of what is possible to do with sound/acoustic investigations in particular, Forensic Architecture - a research agency based at Goldsmiths, University of London - offers an impressive array of cases and methods. The agency's work focuses on "investigating human rights violations including violence committed by states, police forces, militaries, and corporations." For instance, in sound investigator Lawrence Abu Hamdan's work with Forensic Architecture, he conducted a complex analysis of sound made by bullets, which helped determine who killed two teenagers in Palestine in 2014.

Another inspiring example of acoustic investigation from the same collaboration and Amnesty International shows how investigators were able to reconstruct the architecture of a secret prison in Syria based on sound memories of interviewed prisoners who were kept there blindfolded. See more about the methodology here.

In another case from Forensic Architecture - "Killing in Umm Al Hiran" - investigators took sound from one video that was not capturing the situation under investigation (however the sound did) and matched it with soundless video of law enforcement. That allowed them to prove a very different narrative to the one officially promoted by authorities.

Take the example of forensic voice analysis as in the case of the investigation conducted by The Insider and citizen investigations group Bellingcat into the downing of the Malaysian Airlines Flight 17 (MH17) over eastern Ukraine - where the team used voice analysis to identify a key person of interest (namely Colonel General Nikolai Fedorovich Tkachev) in the Russian military communication at the time when the passenger plane was shot down with a missile. For a detailed description of how forensic voice analysis was used in this investigation, read the full Bellingcat documentation.

As the above examples illustrate, using sound as evidence is just one way to incorporate it into your investigation. But with analysis, editing and transmission, the possibilities multiply:

For some investigations, you will be seeking out entirely new sounds to capture, either for evidence or narration. Whatever the purpose, check some tips to record the highest quality sound with the recording equipment you have at hand.

Note that because it's a unique medium, sound comes with its own set of considerations and ethics when used in investigations. Before hitting the record button, it's important to ask yourself some questions:

After answering these ethical questions and deciding whether to move forward, planning your recording is next. The choice of recording technology is very important and should be suited to what you'd like to do.

Here are a few resources on microphones and other recording tools as well as audio recording and processing tips you can incorporate in your investigations.

Before setting off to record, remember to prepare and pack the following:

Once you have selected your equipment, it's time to record! As you do, keep these recording techniques in mind:

For a deeper dive on recording techniques visit: https://etherpad.wikimedia.org/p/selfrecordingtips (maintained by poemproducer / AGF)

Recording clean, sharp sound is in many ways only half the battle. Analysing, repackaging, and editing that audio in a way that is most accessible and compelling to your audience also takes time and skill, though these skills are well within reach to anyone. This process is called postproduction, and can include the following:

Though similar rules of storytelling apply to audio, "writing for audio" is a distinct skill, emphasizing short words, short sentences, one idea or fact per sentence, and a simple sentence structure. For more on writing for audio, check out these resources:

Be creative about working with sound

Recording new sounds from scratch may not always be necessary to accomplish what you want with sound in your investigations.

You can work with sound created by others and found by others, even if you were not involved in the process of capturing it. Make sure you respect the copyright rules and respect and protect the sources. Also be sure you consider all data included in the found recordings.

Many of these found recordings can be located in sound archives, which allow you to search for recordings in a certain environment or action. Also be mindful of the licenses attached, which can dictate how you can use the recordings. Some archives to check out:

Just as there are weather spotters, trainspotters, plane spotters and other people passionate and experienced with tracing and recording movements, events and phenomena, there are certainly people passionate about recording sounds. Among them are those who specialise in field recording - some might be musicians, technicians, some might be hobbyists or else. They might be in places where nobody was when something was happening and might have relevant recordings. Consider this when looking for information or inspiration in the form of sound and other recordings in an area or a theme of interest to your investigation, and identify such experts and explorers around you and your networks / collaborators.

Beyond what you can hear

Using sound as evidence generally assumes that you or others can hear it and analyse it. However, you can venture beyond the obvious and consider what may be inaudible sound. There are sounds present outside of human hearing range - that can be made by different types of machines and devices as well as natural phenomena (for instance a dog whistle, or seismic waves.) Sound is also used by various detectors such as metal detectors - here sound is generated in reaction to changes of sensors input by objects the sensor is trained to detect and signal.

There are also uninteresting, monotonous sounds that can carry information. A radical example is this research into how computer hard drive sounds can transmit data from a PC (see original technical research paper here.) Moreover, there is acoustic intelligence in machines and it could be explored to not only test and find if and where they might break but also to identify other types of actions that may occur in spaces and environments. For example, factories could be releasing forbidden pollution at night, which if not visible may generate recordable sound produced by machines, released substances, etc. The options to explore sound and to investigate with sound could be endless while the limit is only set by one's creativity. Just remember to listen more.

Did you like this article and want to send us feedback or share something related? Reach out to us at eti@tacticaltech.org if you have suggestions of other inspiring cases, methods and techniques of using "listening" and sound in investigations. We'd love to explore this path further.