Getting Creative with Geolocation

Take a dive into the world of geolocation, visual analysis, and the importance of creativity in image based investigations. This brief article presents the basics as well as introduces some innovative solutions from practical cases.

This article provides a snapshot from Robin Taylor's session “More Than Meets the Eye: Geolocation for human rights investigations” at the Investigation is Collaboration conference organised by Exposing the Invisible Project on 2-6 August 2021.

Geolocation means finding the real world location of an object, such as the place where a photograph was taken. This process is rarely straightforward but there are various methods - some more creative than others - of doing so. You don’t always get enough clues from an image’s metadata (data about data, or exif data) and most images won’t typically show a famous landmark in the background to help you locate the area, town or even country.

More often than not images are fuzzy and unclear or lack sufficient elements to help you geolocate them with little effort. Over the years, investigator Robin Taylor from the Tibet Research Project team has honed the skills to deconstruct an image as if it were a puzzle waiting to be solved. Robin recommends a combination of curious, never-give-up like mindset, creativity and all the Open Source Intelligence (OSINT) tools one can get their hands on in order to approximate the geolocation of an image. Robin also shares his favorite methodology for “reducing an area of interest”: 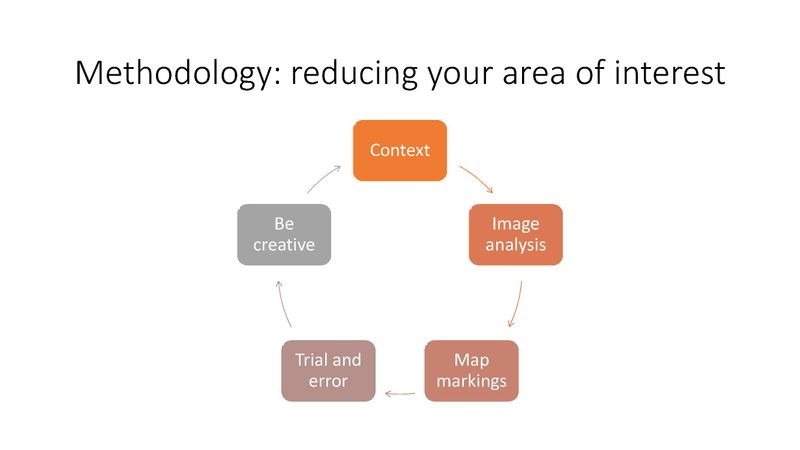 Image from presentation by Robin Taylor

Identifying the time, date, location of an image are part of understanding the context of an image. Other important questions to ask are:

As an example, while searching for a missing person, an image of a banana leaf led investigators to research where banana production exists in the world. Any piece of information, no matter how minor it may appear, could give an image more context. 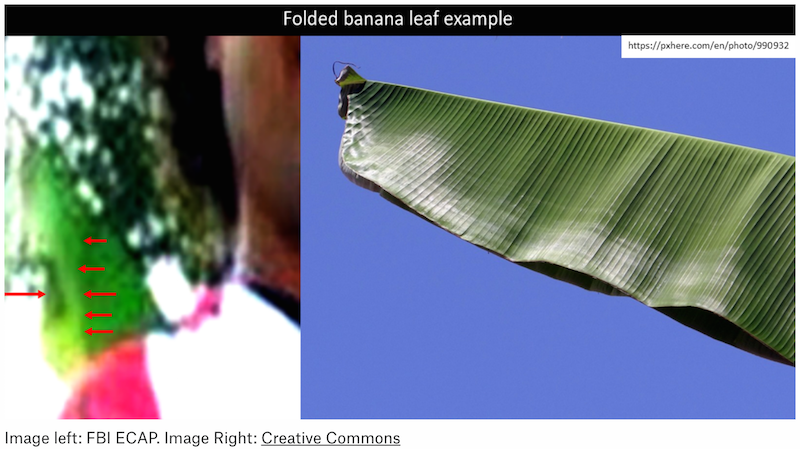 Analyze an image for its landscape or terrain like a road, frozen river, or steep hill. Look for unique features like vegetation, specific trees, windows, architectural details like light-posts, balconies or rooftops. In one particular case, airplane contrails (‘condensation trails’ - the white tracks planes leave in the sky) in the sky became the basis for mapping flight patterns and geolocating an image.

Platforms like Yandex, Baidu, Google, TinEye or tools like InVid and others can also be used for reverse image searches to trace if and where an image has been uploaded and used before.

Orienting an image on a map provides valuable insights. Local mapping platforms or data sets with a specific themes could provide information that traditional mapping platforms cannot provide. Robin shared a few unique sources like Weather Underground to check historical weather data to corroborate image dates with weather at various locations, WolframAlpha to establish a time frame based on rainfall or London Street Trees to locate a particular type of tree across the city. SunCalc is another useful resource to identify a particular location using the sun’s direction and shadow in an image.

Crowdsourcing from online communities could garner participation from individuals with highly specialized knowledge. During a Bellingcat investigation to geolocate an image of mass executions in or near Benghazi, a Twitter user noticed the color of the sand was grey compared to other areas of Benghazi, where colors of the sand are more orange or yellow. This tip helped investigators identify the location to be in the southwest area of Benghazi. Furthermore, this was the first instance when (in August 2017) the International Criminal Court (ICC) issued its first ever arrest warrant solely based on evidence gathered via social media.

Sometimes you need to revisit previous assumptions. Look at the image below: 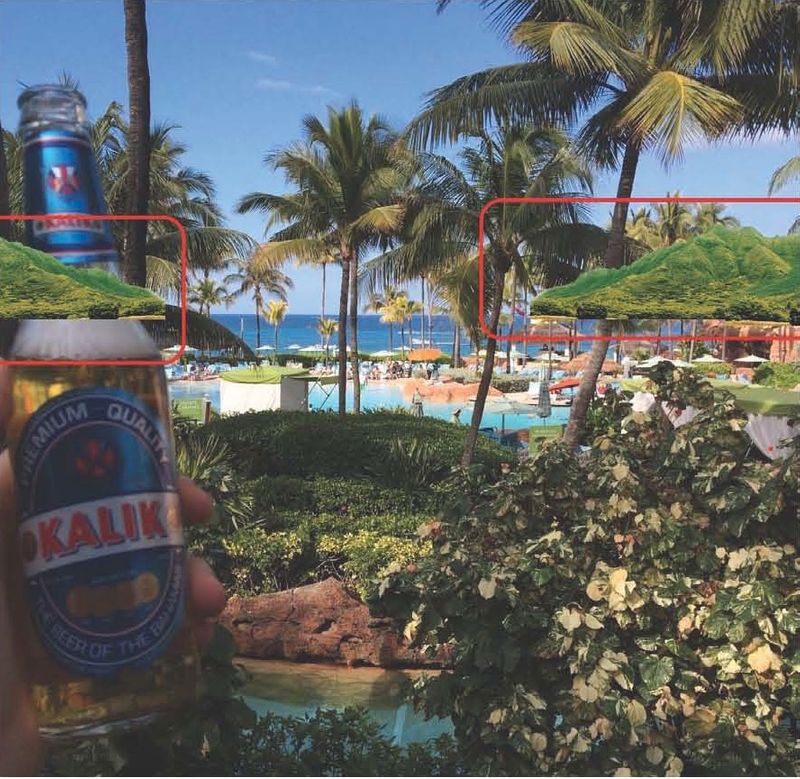 Image from presentation by Robin Taylor

When you experience tunnel vision or feel like giving up, go back repeatedly and revisit your assumptions, check if any possible suspicion or guess may be correct or not. Try to look for what is not in an image. Even when an image shows no clear horizon, the lack of a horizon could become just as useful to reduce your area of interest. 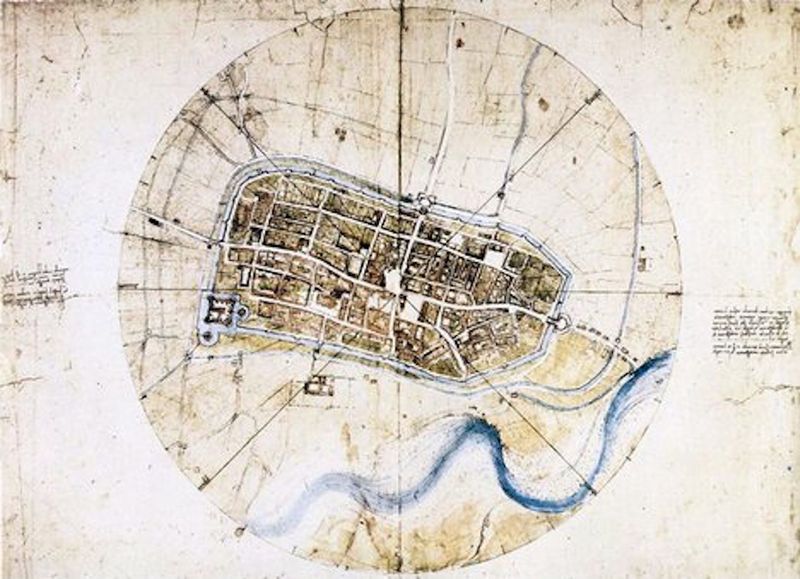 Leonardo da Vinci’s map of Imola was perhaps the first ichnographic map, and it looks like a satellite map before the invention of satellites. Leonardo created this image with a tool similar to a compass and other equipment from that era. Similarly, Open Source Intelligence (OSNIT)-based investigations done by citizen investigators, journalists and others from the civil society are often not well resourced, sometimes not even funded at all. However, working with limited resources could potentially lead to ingenuity and spark creative solutions.

*Robin Taylor is a leading investigator on the Tibet Research Project. He is currently completing a research master’s in criminology with a focus on visual evidence and citizen investigations at Erasmus University Rotterdam & University of Kent.